Macedonia has a long, rich history dating back to biblical times. In fact, Macedonia is mentioned at least 23 times in seven books of the Holy Bible. The Macedonian region, located in south-central Balkans, is comprised of northern Greece, southwestern Bulgaria, and the independent Republic of North Macedonia.

Its ancient history has been traced back to ~2000 B.C. when the Indo-European people settled the region, making it their kingdom, Macedon. Significant events from that period include: 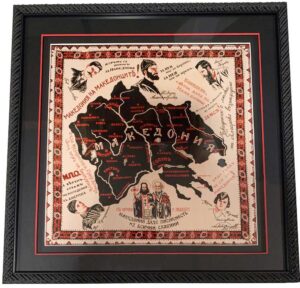 Macedonia, under the Ottomans, was essentially a geographic region, not an ethnographic one. Macedonia was populated by a number of different ethnic groups including Slavic Bulgarians, Turks, Greeks, Arumanians (Vlakhs), Albanians, and Sephardic Jews. The largest of these ethnic groups was the Slavic Bulgarians. Macedonians are natives or descendants of any one of the above-mentioned ethnic groups.

The Ottoman’s inability to create and implement reforms that would improve the lives of our ancestors ignited the fight for autonomy. As the Ottoman Empire fell, our ancestors fight for autonomy turned to a fight for freedom and independence as Macedonia became the target of Greek, Serbian and Bulgarian expansion, each claiming closer ethnic or historical ties than the others. Significant events from this period include:

Such conflict and persecution led many Macedonians to leave their homeland and immigrate to North America and Australia. Over time, they began to demand and lobby the world’s great powers to help in the establishment of a free and independent Macedonia. The Macedonian Patriotic Organization (MPO) was established in 1922 for this very reason.

In recent times, independence finally came to a portion of Macedonia as noted below. 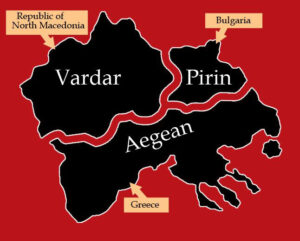 The Macedonian timeline is filled with rich history, struggle, controversy, and a deep pride in the people and customs of Macedonia.